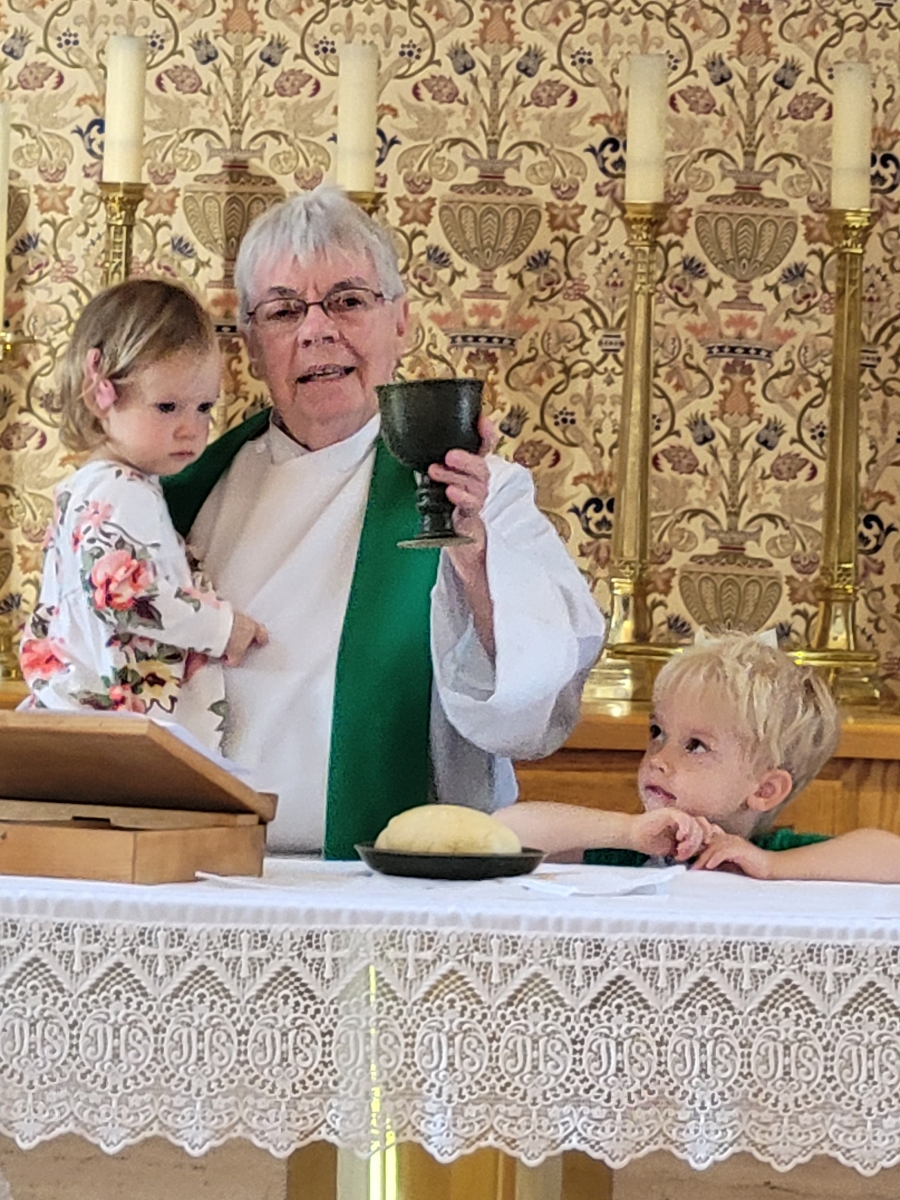 Luke 16:1-13 –
THEN v 14: The Pharisees, who were lovers of money, head all this and they ridiculed him. So he told them, “You are those who justify yourselves in the sight of others; but God knows your hearts, for what is prized by human beings is an abomination in the sight of God.

Then something put in about the Law and the Prophets in effect before John the Baptist, but still, “It is easier for heaven and earth to pass away than for one stroke of a letter in the law to be dropped.”

Then 19 – about the rich man and Lazarus.

We are still talking to the Pharisees – and still talking about money.
These two stories, these two parables are thrown alongside each other because money IS a big deal in the Bible.
The first is about the misuse of money – about how easy it is to begin to serve it, rather than God – and that might be the rich man who had a manager, too – who had so much money he didn’t even realize his manager was skimming some off – as well as the manager who figured out a way to save his skin when he got caught – and how the rich man actually thought it was smart of the dishonest manager to find a way to get along and not lose everything –
You aren’t supposed to side with either one – but to see what money – what Luke calls “dishonest wealth” as if it ALL is – can do to people – in contrast to the “true riches.”

But it is interesting that the Pharisees understand, if we don’t, exactly what Jesus was up to. And they didn’t like it at all. They knew he was talking to them – who were “lovers of money” but who also argued for a strict interpretation of the Law – as we have seen before – and didn’t like Jesus messing with their privileges.

Same audience. We can be sure of that because only the Pharisees would even be interested in this story.
Judaism generally, in the first century and now, has no particular interest in an afterlife.
Only the Pharisees believed in something like a Christian view of “heaven and hell” or in some eternal “the resurrection of the dead.”

Now when you see that, you can see that Jesus’ story here is even more pointed than the first one.
And one again, the main character is a rich man.

He has every good thing.
Lazarus is a poor man, sick, helpless, who is laid at his door.
Now please notice first of all that it does NOT say that the rich man was wicked, dishonest or cruel. It does nto say he wasn’t a faithful Jew – or Pharisee.

And notice also that it says nothing whatever about Lazarus’ faith – whether he had any or not.
It doesn’t say he had been a good man or lived a good life.

It is concerned ONLY with their opposite statues as a rich man with money and goods to spare – and a poor one , who is helpless and miserable.

According to the parable, they end up in opposite realms after they die – but not for ANY REASON of faith.

The poor who had no helped is comforted.
The rich who had everything is allowed to suffer.

The rich man sees across the abyss and calls, “Father Abraham” – and Abraham calls him, “child” –

It doesn’t matter why Lazarus was so wretched. It doesn’t matter whether he had been helpless all his life for illness, or careless, or hardworking or where his family was. All that matters is that he was in need and his needs weren’t met.

And it doesn’t tell us anything about whatever other good things the rich man might have done – or how hard he worked, or about his family – except for his brothers who are still alive – all we know is that he didn’t see Lazarus and didn’t meet his need –

That’s it.
And eventually the rich man gets it – and so we come to the heart of the story: not only can Lazarus not come to him to relive his distress, but also neither Lazarus no anyone else can go to warn his brothers – who we assume are also rich.

Abraham tells him that “they have the law and the prophets – let them listen to them.”
And as we have seen again and again, the law and the prophets insist that a Jew will care for others as God cared for Israel at the exodus and beyond – that there is a sacred obligation – human to human – to welcome strangers, to feed and clothe and shelter the poor, the helpless, the sick and the neglected. You simply cannot miss it if you read –

The Pharisees were prepared to make a show of it – but they also “loved their wealth” – and in the story Jesus warns them that after death, since they believe in an afterlife – they would find themselves on the wrong side of God’s mercy, for ignoring the central obligations of the Law – the Law they strictly enforced –
And when the rich man says – no father – if Lazarus – who has died – will go to them FROM the dead and warn them, they will listen – Abraham simply answers – “If they don’t listen to Moses and the prophets, neither will they be convinced even of someone “rose from the dead” – meaning Lazarus.

It’s simple.
In a money economy, money has to be used rightly so that everyone is blessed.
Wealth hoarded, hidden, squandered, used for the benefit of a few, while the poor go hungry or naked or unsheltered, uncared for – is UN-biblical.

For followers of Abraham, Moses and the prophets, the obligation is to treat others as God has treated us. And no one needs to make us do it. We have the Law and the Prophets; we have the story of the Exodus – we KNOW who we are and also who every other human is – we know that there is no stranger or foreigner or woman or while or sick man who deserves contempt.

IF we are all made in Gods image, all God’s , then we already know what to do. We know – we just don’t like it any more than the Pharisees did! Which is why we want to turn this story into one about who ends up in heaven or hell, or about the great gulf fixed between – or about the fires of hell – anything but what the mis-valuation, the wrong understanding – of money does to us –

Interestingly, we know that Abraham spoke truly – Even after the resurrection of Jesus who told this story – there are still arguments among believers about what we need to do to win God’s favor – or how much we need to give in order to keep most of our money for ourselves – or how Christians should view, serve, save, and invest money –

And yet, as always, the good news of the Gospel is that it is actually easy to know what God loves – Jesus says it again and again – Love God. Love everybody. Give freely. Let go of yourself. Forgive debtors. Be like God who gave himself for us. Walk at right angles to the world around you. Don’t worry about what you will eat or drink – or wear.
Stay away for the temptation to copy the value system of those around you who don’t know the generosity of God.
Allow God to deliver us from evil.
Remember that the kingdom, the power and the glory belong to God who loves us –