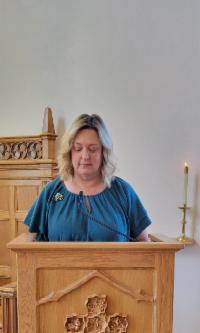 Germany boasted that its programs were humanitarian and educational. The wide
acceptance of social Darwinism as a government policy justified Germany’s right
to acquire territories and peoples as a matter of the survival of the fittest. War
was an instrument of policy.
In the 1920’s American intellectuals paid a considerable amount of attention to
Mussolini’s early fascist movement in Italy. He was especially popular in the
Italian American community. They developed a violent offshoot of the Ku Klux
Klan called the Black Legion that sought to establish fascism in the United States.
All the while the rise of fascism in the US during the interwar was largely viewed
in a positive light by the US government and the corporate community. It
destroyed the much-feared labor movement on the left. Benito Mussolini was
praised for improving the conditions of the masses.
Many well-organized fascist organizations in the United States came to
prominence. They were named the Friends of New Germany, and the Silver
Legion of America, and the Free Society of Teutonic American Citizens. An
organization called The America First Committee was the foremost United States
isolationist pressure group. It had 800,000 members and 450 chapters.
Midwesterners were especially attracted. It was virulently anti-Semitic.
The America First movement was led by people like Charles Lindbergh, who
memorably gave a speech to 30,000 people, where he criticized democracy, and
he praised Nazi Germany. In 1942 a Gallup poll showed that one in six Americans
thought Hitler was doing the right thing to the Jews. 1/5 Americans saw Jews as a
national menace. 1/3 of Americans we’re hopeful for a widespread campaign
against the Jews. 12% we’re willing to even take up arms against Jews.
In 1934 Father Charles Coughlin was on the cover of Time magazine. Father
Coughlin was a Roman Catholic priest who hosted a very popular radio program in
the 30s. He talked about politics. While he began as a fan of President Roosevelt,
he turned against him and became a harsh critic. He denounced Roosevelt’s big
banks and the Jews.
When the population of the US was about 120 million, Father Coughlin was
broadcasting from near Detroit and had 30 million listeners of his weekly
broadcasts. He supported the fascist policies of Nazi Germany and fascist Italy. He
became openly anti-democratic, calling for the absolution of political parties and questioning the value of elections. Father Coughlin was receiving 10,000 letters
every day in support. That’s a forerunner of the modern talk radio that we’re
aware of.
Coughlin spoke of sympathy for the fascist governments of Hitler and Mussolini.
After Kristallnacht, or night of broken glass, which gets its name from the shards
of broken glass that littered the streets of Germany when the windows of Jewish-
owned stores, buildings and synagogues were smashed. It was in November 1938
and done by German civilians and Hitler Youth. Rioters destroyed 267
synagogues. Jewish homes, hospitals, and schools were ransacked as attackers
demolished buildings with sledgehammers. Thirty thousand Jewish men were
arrested and incarcerated in concentration camps.
What was the broadcast response of Father Coughlin? He said the Jews were only
persecuted after they had already persecuted Christians.
American voices welcoming fascism were not marginal radicals, but were
mainstream writers, presidents of major businesses, and editors of big
publications. In 1934 the nation’s oldest and largest group of American political
scientists spoke out against universal suffrage. They argued that abolishing
democracy would keep the ignorant and the uninformed from interfering in
public life.
Let’s define fascism. It’s a far-right authoritarian ultra-nationalist political
ideology. The movement has a dictatorial leader that centralizes power.
Militarism and forcible suppression of opposition are a tenet. Fascism rejects the
idea that violence is inherently bad. They advocate for the establishment of a
one-party state. They’re protectionists and economic interventionists. They
believe in racial purity or a master race. They demonize other people. Their leader
is the only one who can solve problems and all his political opponents are traitors.
Fascism is a form of politics with an obsessive preoccupation with community
decline, humiliation, and victimhood.
It’s hard for us to imagine it. The word fascist today is generally used casually as a
pejorative and an attack on political opponents. Christ is exactly opposite of
fascism. Clearly Christian nationalism is not Christianity. If you’re really a
Christian, you’re less susceptible to Christian nationalism. Please don’t take away
from what I am saying that Jesus supported democracy. I’m not saying that. But
he surely did not support the ideology of Fascism.

Repeating the reading from Jeremiah from earlier: “Woe to the shepherds who
destroy and scatter the sheep of my pasture.” The leaders of Christian Nationalist
movements are certainly leading people away from Christ and repelling potential
Christians. They use fear and conspiracy theories to take advantage of people
who are ignorant of the truth. God will deal with them. Certainly not with the
immediacy that we would prefer.
The hardest societal question right now is will we let Christian Nationals take over
the good news as told by Jesus and the apostles and Augustine? The gospels that
were shared by C.S. Lewis and Harriet Tubman, and Thomas Cranmer, and
Dorothy Day. Will these evil doers co-opt the Jesus movement?
If you want to learn what the Kingdom of God looks like, ask a 5-year-old.
Believing in the Kingdom of God is to believe that there is a possibility to redeem
the ways we hurt one another to redeem the ways we wound those we love the
most. Treating others as different is not worthy of the Kingdom. This is the power
of Christ the King. Jeremiah again, “I will raise up shepherds over them who will
shepherd them, and they shall not fear any longer, or be dismayed.”
We live in the poverty belt, where the Bible has been used as a tool of domination
and division. Christian theology has been politicized and people believe that
poverty is a consequence of sin and a moral failure. Such is Christian nationalism.
Incidents of hate crime have exploded.
Mother Cathy says we are unlikely to reach those who have their whole identities
rooted in this ideology. We should choose to focus our efforts on the
accommodators. This is the group that’s less sure when it comes to the core
beliefs of Christian Nationalism and is open to movement away from the
extremes. This means we will engage less with the most notorious Christian
nationalists and choose instead to seek out those who are less strident. It’s likely
that some of these men and women are in our neighborhood and in our town.
Maybe we can start this Thanksgiving. It won’t be one conversation. The truth of
the Gospel is love. It’s how we truly celebrate the Feast of Christ the King.
Amen