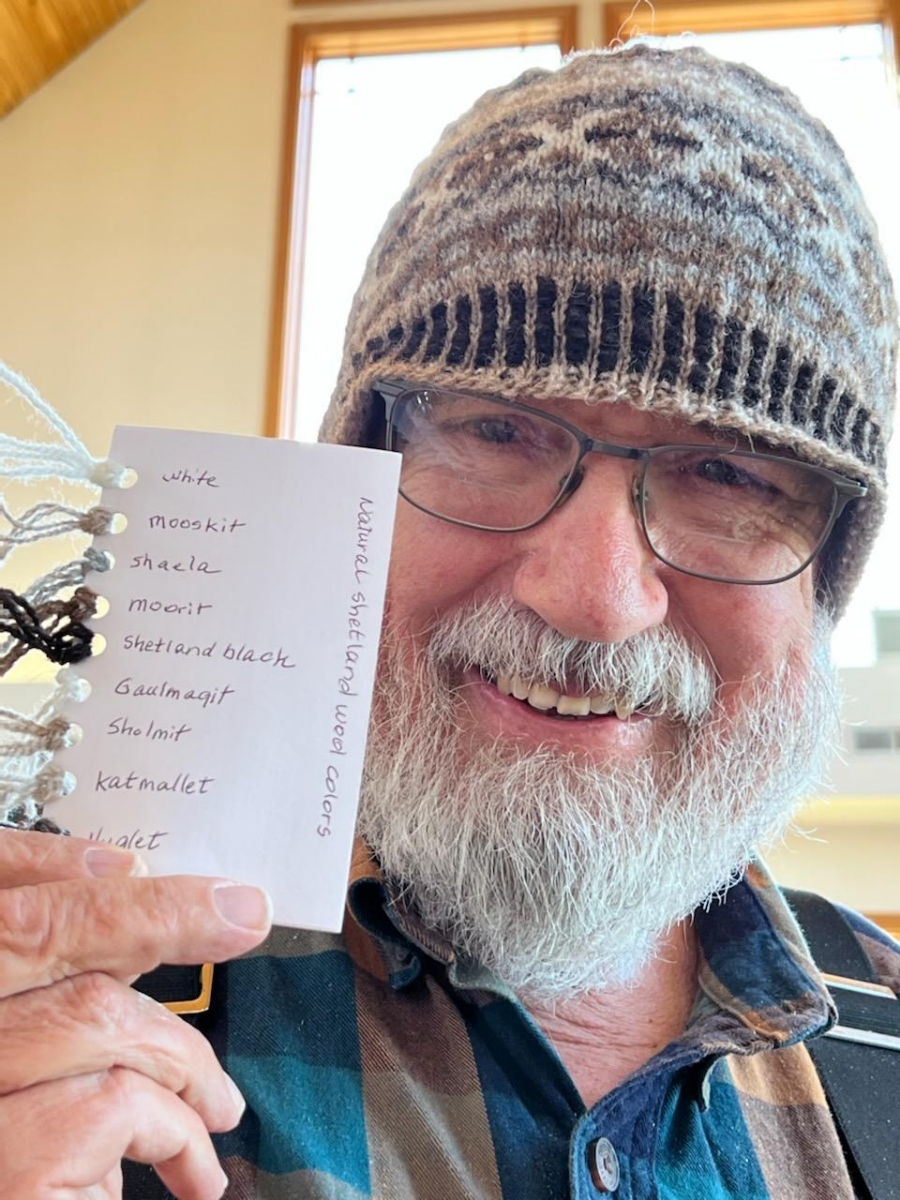 Sermon by Gale Roberts
Pictures and Presentation by Jenna Roberts
This morning our readings are from Isaiah 65:17-25
and Luke 21:5-19. I want to talk mostly about the Isaiah text
but let me start with a little bit about the Luke text and the
Book of Common Prayer that includes Lectionary C Proper
28 for today. This Book shows a service for everyday of the
year in a repeating 3 year cycle. Over the course of the 1,095
days in 3 years most of our Bible is read. The original Book
of Common Prayer was written mostly by Thomas
Cranmer, the first Protestant Archbishop of Canterbury
when Henry VIII was King of England. It has been modified and updated a little since the first
one in 1549 but it remains mostly the work of Thomas Cranmer.
He paid a heavy price for this book and his other work establishing the Church of
England. When Henry died and his Catholic daughter became Queen she had Thomas tried
for heresy and he was found guilty and sentenced to be burned at the stake. He was offered a
chance to recant and he signed the document
recanting. But Mary wanted her revenge and
ordered him to be executed anyway. She
forgot a fundamental fact – the blood of the
martyrs are the seed of the church. At his
execution Thomas took back his recanting,
defended the Church of England he helped
establish as the true church, and said this hand
of mine that signed the document of
recanting shall be the first part of me to burn.
He plunged his hand into the flames and withdrew it only once to wipe sweat from his brow
then promptly returned it to the flames until he perished. Mary could not have done anything
that would have turned her people against her and the Catholic Church more than this act.
When she died and her sister Elizabeth became Queen the Church of England was restored and

Thomas Cranmer’s Book of Common Prayer was restored. We are using it here today. In a
little bit we will read my favorite part of the Book of Common Prayer- The Song of Creation.
It is not a song about Creation but
rather all parts of Creation are
doing the singing. It is is in effect a
list of everything sacred and holy:
the sun, moon and stars the earth
and all its parts- mountains, hills,
seas, and rivers, all plants, all wild
animals, fish and whales, all
domestic animals, the cold and
heat, rain snow, frost, and ice; light
and dark; holy people and not so
holy people all singing praises to
God. I love it. Thomas Cranmer did not make it up. It comes from the Bible.
In our passage from Luke today Christ talks about those that will be arrested,
persecuted and put to death for my sake. It is a tragedy that for much of our history this
persecution and putting to death has been Christian on Christian.
Now to the main event – this glorious passage from the Book of Isaiah.
“I am about to create new heavens and a new earth.” (Isaiah 65:17) A wave of the
hand and a gesture on God’s part? This well could have been how
the First Creation began but this is something different.
In the First Creation about 13.8 billion years ago there was an
initial flash or explosion sometimes called the Big Bang that was
the beginning but that was only the beginning. Creation
continued and continues today. After the initial flash there was
expansion, cooling, and consolidation of matter into atoms. At
first there was mostly element #1 hydrogen with a little bit of
element #2 helium, and a maybe a teensy-weensy bit of element

3 lithium. The numbers are the numbers of protons (and

electrons) in the atom. Not matter that can be made into planets
or plants or animals or people. However hydrogen can clump

together and make stars and stars were born and the universe lit up (Let there be light – sounds
kind of familiar). As stars use up their hydrogen making helium
then they begin making heavier atoms then they either swell up
or explode releasing most of what they have made into space
where it is sucked up with lots of hydrogen into a new star.
Creation continued with generation after generation of new
stars but the atoms being made got bigger and heavier until we
got to element #92 uranium. It is essential for the earth. The
radioactive uranium in the heart of the earth keeps it warm and
partly liquid which is essential for plate tectonics. If the earth
froze all the way to the center our planet would be as dead as
Mars. So the stage was set for our solar system and our earth to
be born about 4.5 billion years ago. Creation is continuing brick
by brick, inch by inch
At its birth the earth couldn’t support humans – it was too hot, too hostile, there was no
oxygen for us but Creation pressed on. Plants made the oxygen from the carbon dioxide
atmosphere. It took a long time but things went our way. Finally after many variations of
humans we finally got to our current
version about 200,000 years ago. We are
mostly Homo sapiens with a little
Neanderthal and a tiny bit of Denisovans
going back to Australopithecus (Yes Lucy
we are you and you are us). For those of
you too young to remember Lucy, she was
a 3.18 million year old hominid skeleton
found by archeologists in Ethiopia on
November 24, 1974. That night after
much drinking, dancing, celebrating, and playing the Beatles song Lucy in the Skies with
Diamonds at full blast all night, they named her Lucy. None of them could quite remember
how, why, or who. Time, Creation and by now history marches on and we get to the late 6th
Century before Christ about 2500 years ago when this last part of Isaiah in our passage for
today was written.

It is not really about another Creation like the
first one that is still underway. It is also not about the
heaven of the afterlife . It is about our earth and our
atmosphere (heavens) here and now. We are God’s
stewards on earth. He gave us brains and hands to do
things, create things, improve things. He gave us hearts
to love and cherish each other and the Earth and the
whole of Creation. This passage from Isaiah is a
blueprint, a goal, a destination where we desperately
need to go. It describes things we can do ourselves –
reduce child mortality to near zero and increase our
longevity to 100 years and beyond by improving our
medicine, health care, nutrition, our habits, eliminating
the use of poisons in our food, soil, water, air. Provide
housing and a vineyard/garden for every family. Have an equitable society that everyone gets to
enjoy the fruits of their own labor. And stop destroying the part of Creation that we are
supposed to be stewards of.
“The wolf and the lamb will feed together, the lion will eat straw like the ox,
but the serpent- it’s food shall be dust.” (Isaiah 65:25) Is this literal or a metaphor? The
meaning is we will have wolves and lambs and lions and oxen and serpents. We will use our
brains and our hands to have all these
things. Rewilding Europe is a
movement that is bringing all creatures
back to Europe including Wild
Aurochs, Bison, Elk (red deer), moose,
wolves, bears, golden jackals, horses.
Domestic sheep and goats are protected
by guardian dogs and sheep folds. The
cattle and horses protect themselves and
their calves and foals from wolves.
Humans have lived with large predators

for millennia and we can do so again.

“I will create a Jerusalem filled with joy and delight.” (Isaiah 65:17-19) During
the dark times of the Industrial revolution when England was being filled with satanic mills,
and squalid slums, the poet William Blake wrote the poem Jerusalem. The beginning is from a
legend of Christ coming to England with his great uncle Joseph of Arimathea who was a
merchant and trader during the time between Jesus at 12 and Jesus beginning his ministry at

And did those feet in ancient time
Walk upon England’s mountains green?
And was the holy Lamb of God
On England’s pleasant pastures seen?
And did the countenance divine
Shine forth upon our clouded hills?
And was Jerusalem builded here
Among those dark satanic mills?
Bring me my bow of burning gold;
Bring me my arrows of desire:
Bring me my spear: O clouds unfold!
Bring me my chariot of fire!
I will not cease from mental fight,
Nor shall my sword sleep in my hand,
Till we have built Jerusalem
In England’s green and pleasant land.
William Blake